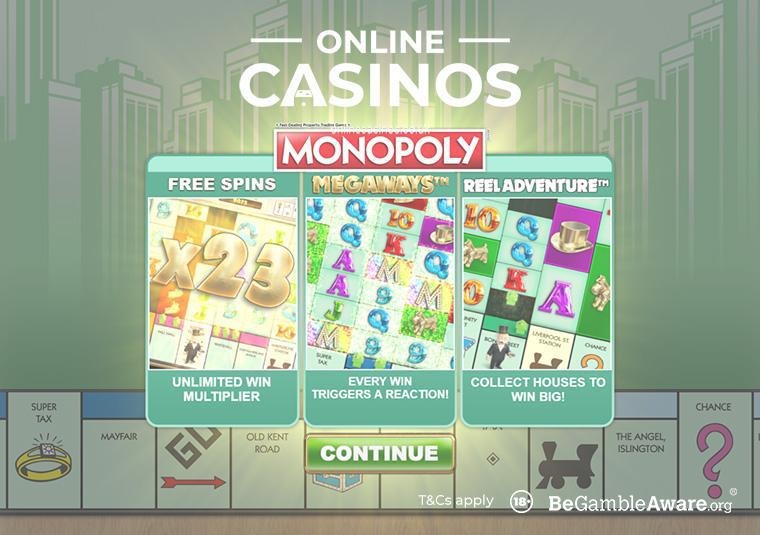 Featuring a huge number of paylines, superb payout, and gameplay that board game fans will adore, Monopoly Megaways is one of the best video slot games you’ll find at any online casino.

It’s made by the excellent Big Time Gaming and is inspired by the legendary Monopoly.

But Monopoly Megaways doesn’t only lean on its board game inspiration, it takes it to the next level by making Mr Monopoly an integral part of your betting.

We adore Monopoly Megaways and this is why you’re going to love it too.

What are the key features of Monopoly Megaways

Before we get into what we think Monopoly Megaways is like to play, we’ll give you all the top-level information about this slot title:

The first thing you’ll notice about Monopoly Megaways is that it looks exactly like the game that inspires it – the board layout, characters, and game currency is all there, making it ideal for people who love Monopoly.

Of course, not everyone will be swayed by how the game looks, that’s why you’ll be pleased to know that Monopoly Megaways has excellent gameplay. 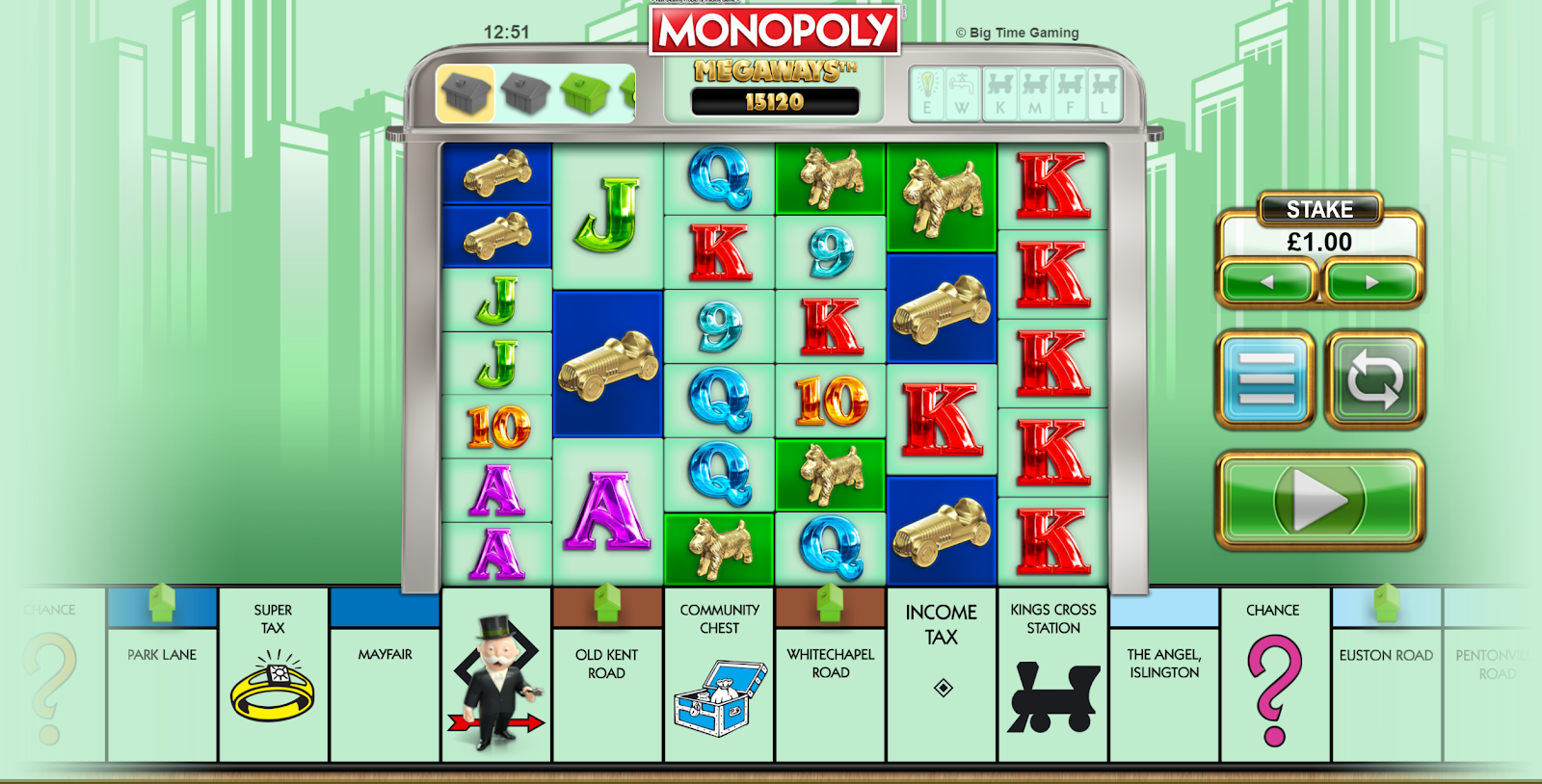 It’s very simple to place your bets and the user-friendly help section makes it really easy to get any information that’s not immediately clear – though, there’s not much that you can’t work out through testing the game yourself.

With all this in mind, Monopoly Megaways has the look and feel of a top slot game.

Where can I play Monopoly Megaways?

We played Monopoly Megaways at 888, which is one of the best online casinos we’ve reviewed. And you can find out all the reasons why in our Casino 888 review.

While the excellent visuals are a big plus point of Monopoly Megaways, the thing we like most about it is the Reel Adventures mechanic. Why? Because it really adds to the gameplay. 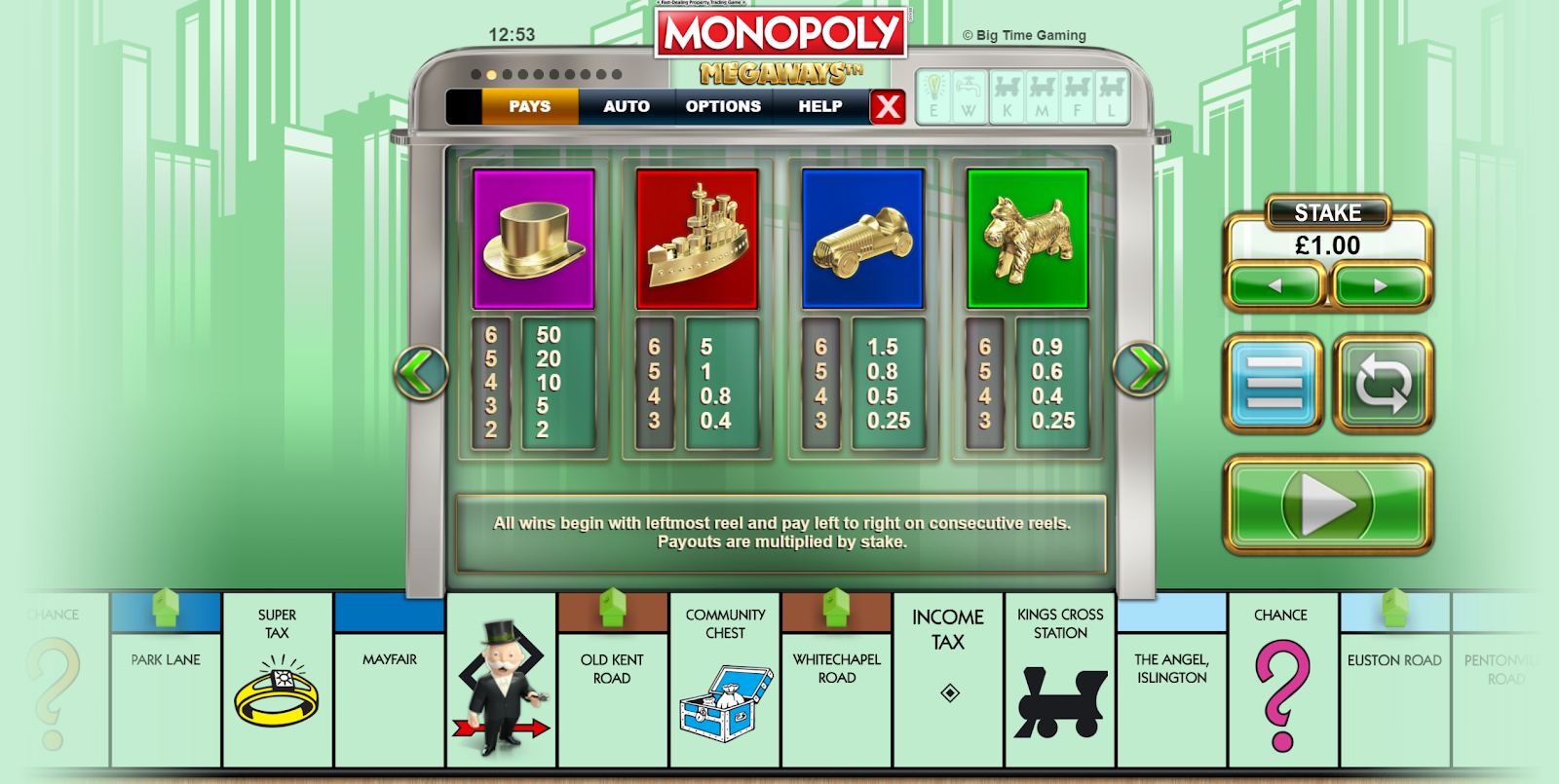 The Reel Adventures mechanic sees Mr Monopoly acting as an in-game character, moving him across the Monopoly board and making things happen as he does so.

Some of the things that happen when Mr Monopoly lands on different parts of the board include:

Our verdict of Monopoly Megaways

We’re huge fans of the Monopoly board game, so it’s no surprise that we like Monopoly Megaways.

But even with this in mind, we didn’t expect to enjoy it quite as much as we do.

With incredible gameplay, a huge number of paylines, and a very competitive payout, we’ve given Monopoly Megaways the five-star rating that it deserves.