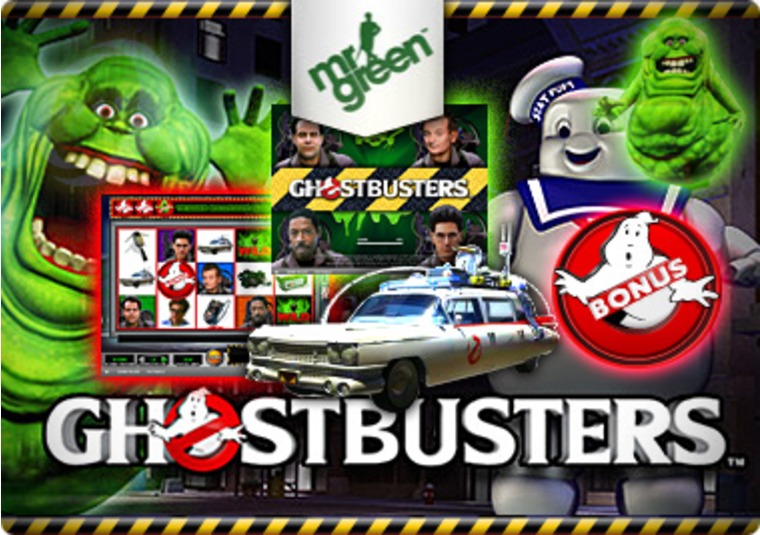 An exciting slot game Ghostbusters is released by IGT and may now be found online.

Remember Ghostbusters? Does the phrase "Who you Gonna Call?" ring a bell?  It may just take you back to the year 1984 when the fun film Ghostbusters was released! Following the success of the Ghostbusters game that has been available at land based casinos, this new Ghostbusters slot is now rolling as a thrilling online slot game.

The roots of this Ghostbusters game do lie in the original film and the slot also features video clips and animations to entertain its players. The Ghostbusters slot has various thrilling elements and tons of bonuses! Just the names of some of the bonuses are sure to delight, such as Ballroom Busters Bonus, Slimer Bonus and Stay Puft Free Spins Bonus.

Additional features at Ghostbusters include a multiplier, wild reels, mystery features, bonus rounds and an amazing £250,000 jackpot! When you play this game, your objective is to catch the ghosts, but don't forget there is sure to be lots of sticky stuff along the way! Do look out for the marshmallows as they may help to trigger wild reels and produce extra rewards!

This pursuit may be accessed at various sites that offer IGT products, such as Mr Green. If you check out this game at Mr Green there is also a special promo with cool prizes up for grabs and this event is running until 14th January 2013. If you play at the game during the promotional dates, you may have the chance to participate in a special draw that has iPad Minis and Ghostbusters Money Banks as prizes.

Take a look at the new Ghostbusters video slot at Mr Green today!