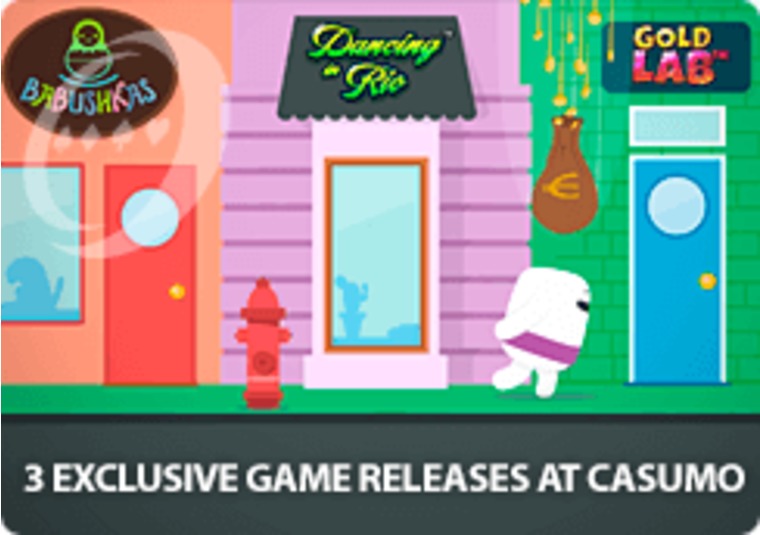 Be the first to play three new games at Casumo

The three new games include the progressive jackpot slot Dancing in Rio plus the Gold Lab and Babushkas slots.

Casumo is already considered one of the best online casinos in the UK, primarily because of its incredible selection of games. That being said, the game library is about to get bigger, following the launch of three new games. Check them out now!

The first one is Gold Lab, which you can play right now at Casumo. It is a Quickspin game where you’re an alchemist trying to make gold. The features include a Golden Bonus feature and more exciting ways to win.

The next game to be released is Babushkas. You can play it now at Casumo, ahead of the 24 August release date. The game is based on the wooden dolls from Russia, and is made by Thunderkick. It’s a unique game with a different style of gameplay than most slots. This not only makes it interesting, but also one of the most eagerly anticipated games of the year.

The final new game is the progressive jackpot slot Dancing in Rio. It will be available globally from 12 September, but you can play it now at Casumo! It has a samba theme, and is made by Williams Interactive.

The jackpot started at £50,000, and there is no upper limit. It will continue to increase until someone hits the big one by getting the first four reels in green and the last one in red. There are also smaller to jackpots to win. In fact, one Casumo player has already won £10,000 on a 40p spin. Start playing Dancing in Rio today!

To win money on any of these games, you’ll need a Casumo account. Register for one today to get 200 free spins and a welcome bonus worth up to £1,200.

After you register, you can play all the great Casumo games on offer, including the three brand new ones. Play to win now!