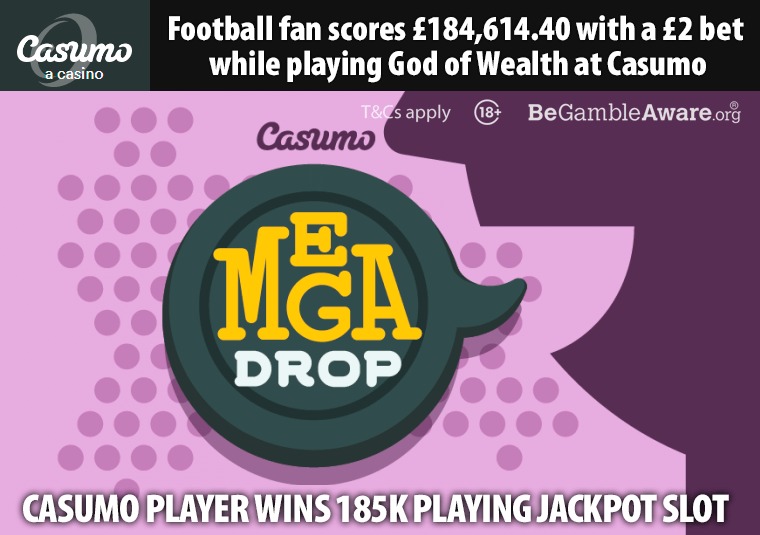 The lucky player was watching the football at the same time as playing at Casumo when he got the big win.

Do you play at Casumo - or any other online casino - while also watching TV? You're not alone as this is exactly what one lucky player was doing when he won a six-figure jackpot. Find out more today.

The player in question is from Herst and he was playing the game God of Wealth. It is a must drop jackpot, so is a game that often gives out good wins. There are not that many that are this big, though.

That's because the player got more than the daily drop jackpot. Instead, he got the mega drop.  Could you win it? You will have to play to find out. Try God of Wealth at Casumo today.

Exactly how much did he win? He bet £2 on a spin and then ultimately won £184,614. It's not even the first time he has had a big win playing at Casumo. It is the biggest one, though, and you could win big too. Start playing today.

In fact, you could be planning some new spending just like this player who won big at Casumo. He's spending it on a deposit for a house and he's going to buy a new car and go on holiday. You need to win before you spend, though, so login today.

You’ll need an account before you can do that. If you don’t have one yet, you can register here. By signing up with Casumo today, you can get a 100 percent deposit match up welcome bonus of up to £300. You’ll also get 20 free spins to get you started.

Remember too that God of Wealth is only one of the games you can play at Casumo. Try them all now.