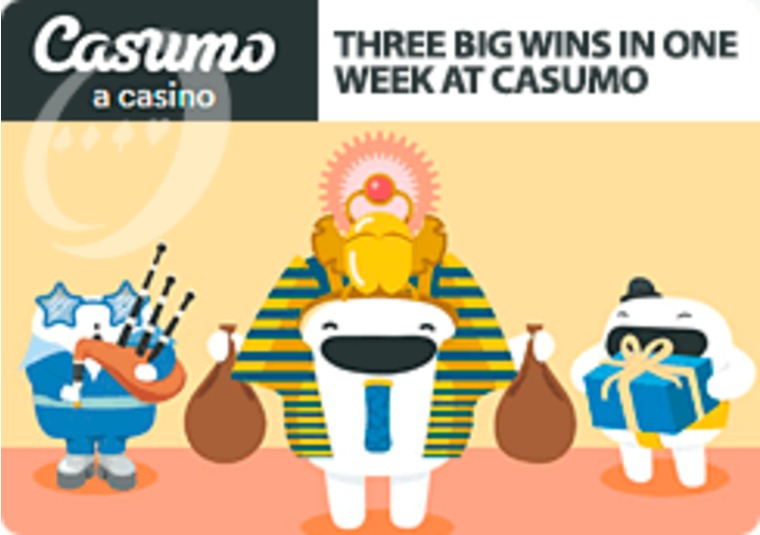 Three lucky Casumo players have won life changing amounts of money - all in the space of one week.

If you’ve ever wondered how often people hit it big at online casinos, this story should give you a better understanding. This is because during a one-week period in September, three players picked up wins at Casumo that can only be described as life-changing. Each of them did it by playing at the casino - play your favourite now.

Two days later another player put down a €5 bet on Mega Fortune and walked away with an impressive €76k. Here name was Ann-Christin, a Casumo member from Sweden. You can try Mega Fortune here.

The total win over the week for these three players was €269,904. Casumo is definitely the casino with the big wins - start playing today.

One other point of interest is the first big winner of the week had only been a member of Casumo for a day. This shows you can win at any time. If you don't have an account yet you should register today to get a welcome bonus worth up to £1,200, plus you’ll get 200 free spins.

Who knows – you might be the next Casumo big money winner. Start playing today.