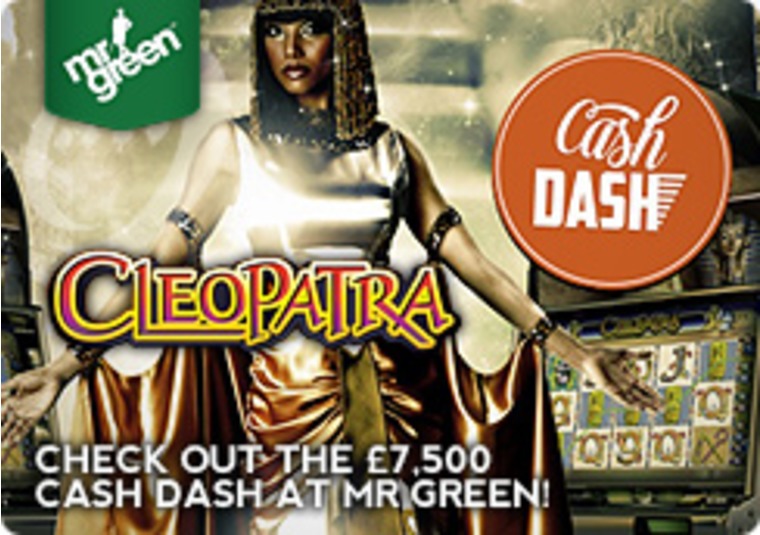 Don't miss out on Mr Green's Cash Dash that boasts a total of £7,500 in prizes for lucky players!

The fantastic amount of £7,500 in total prize funds is up for grabs in a Cash Dash promo at Mr Green! This latest promotion for real money players at the popular Mr Green site is rolling for 15 days and operates on a leader board basis.

If you would like to join in the fun, take a look at this! Earn promotional points at Mr Green by playing at the featured game! Each 5 days of the promo, a different game is selected and bets placed on this particular game during the chosen period will lead to promotional points.

From 12th to 16th May, the featured game is Siberian Storm. The game Golden Goddess is the selected pursuit for the period of 17th May to 21st May and finally the dates 22nd to 26th May offer the game Cleopatra. Each bet of at least 10p made on the featured game will produce one promotional point. It is worth noting that bets made out of bonus funds are also included in this promotion!

What are you waiting for? Race over to the Mr Green site and try your hand at the £7,500 Cash Dash that is running from 12th May until 25th May!