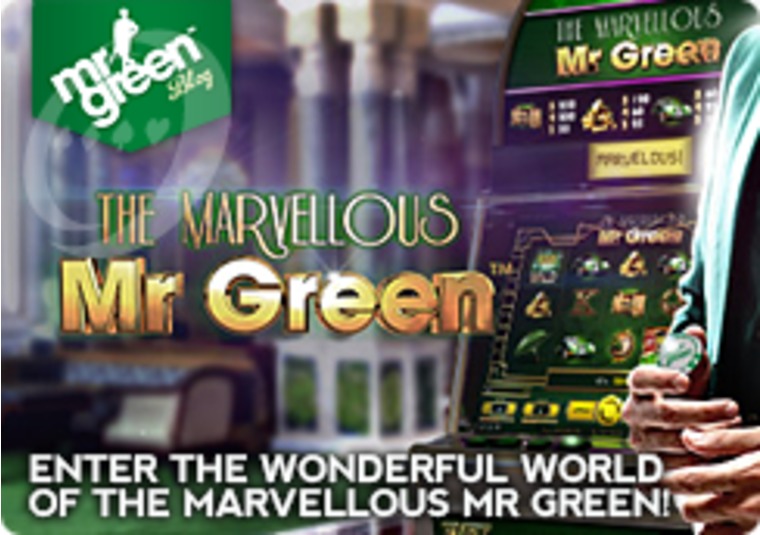 Enter the Wonderful World of the Marvellous Mr Green

Mr Green is celebrating the release of the new video slot game The Marvellous Mr Green and you too may join in the fun!

Marvellous tournaments are also rolling at Mr Green as a part of this game launch. This element involves three tournaments with a total of €5,000 in cash prizes. Each of the tournaments concern The Marvellous Mr Green slot and in each of the contests the top ten players on a leader board will win one of the cash prizes. Prizes in these tournaments total €2,000, €2,000 and €1,000. Please note that if a Mr Green player from Britain wins, the prize amount will be converted into pounds sterling at the current rate of exchange.

Finally, extra marvellous bonuses are also up for grabs during the promo and these may be things like sunglasses, pens and laptop cases. Check out what is happening on the Mr Green Facebook page!

Great benefits are rolling with the launch of The Marvellous Mr Green video slot! What are you waiting for?