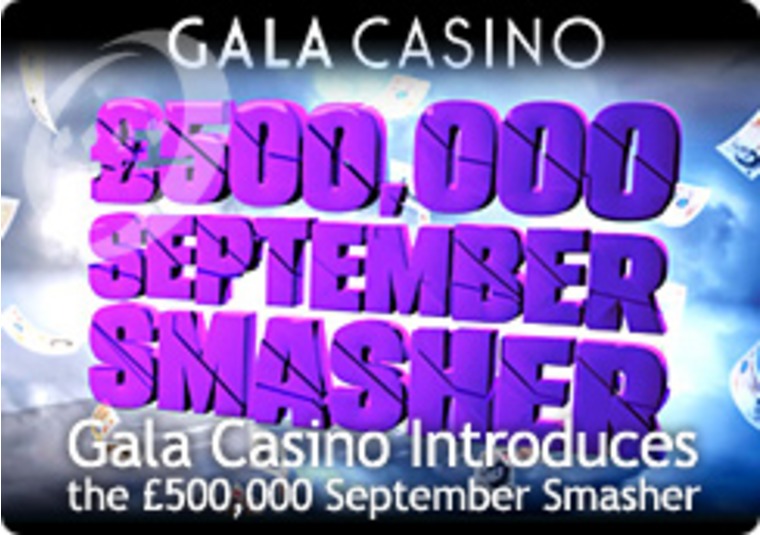 The Mega Jackpot game bonanza continues at the Gala Casino and you may try your luck this month at the £500,000 September Smasher!

Amazing prizes are up for grabs throughout the month of September in a £500,000 September Smasher at the Gala Casino!

Half a million pounds are waiting to be won this month in total prizes in four separate weekly draws in September! Fantastic prizes will be awarded to lucky players in this promo and the raffles will produce winnings ranging from £100 to £10,000!

In order to join in the fun and have a chance of winning one of the attractive prizes, you need to bet a total of £3 on your choice of the featured promotional games. This will provide you with one entry for the prize draw. Each £10 bet on one or a combination of the featured games will lead to another prize draw entry. The exciting games that are participating in this promotion are Mega jackpots Cleopatra, Mega Jackpots Cluedo and Mega Jackpots Monopoly.

Make your way to the Gala Casino and try your hand at the thrilling Mega Jackpots games that are featured in the £500,000 September Smasher!