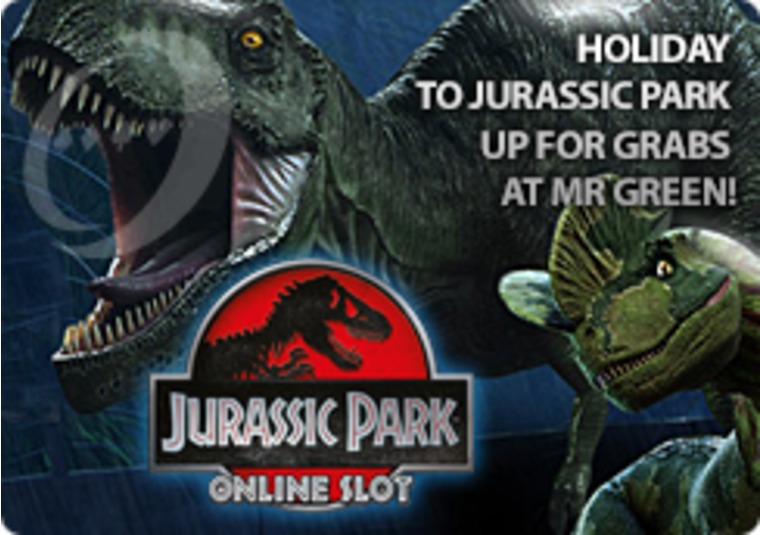 Holiday to Jurassic Park Up For Grabs at Mr Green

Mr Green has introduced a new promo that boasts the amazing prize of a trip to Jurassic Park land, Hawaii!

You have seen the film, played the video slot and now you may have the chance to win an incredible trip to the Kauai island in Hawaii which was the set for the original 1993 film, Jurassic Park!

This fantastic opportunity is available to real money players at Mr Green during the month of September. What you need to do is to play at the Jurassic Park video slot during the promotional period that runs from 1st September until the last minute of 30th September 2014. Each £20 bet placed on the game will lead to one ticket for the Holiday prize draw. It is worth noting that you may gain as many tickets as you like for the draw, as there is no restriction! The prize draw itself is scheduled to take place on 6th October 2014 and the lucky winner will be randomly selected. Please take into consideration that this promo is also available at additional online gaming sites and that there will be one single winner.

As for the prize, this involves a hot trip to the stunning island of Kauai in Hawaii!  Included in this prize are return flights for two people and seven nights' accommodation at the 5 star hotel, Grand Hyatt Kauai Resort & Spa!  In addition, the lucky promotion winner may also enjoy £1,800 in spending money, a gift pack including camera and Jurassic Pack DVD box set plus a private helicopter tour for two people of the beautiful island!

What are you waiting for? You may try your luck at this competition by placing wagers at Jurassic Park while playing at Mr Green! Good luck!