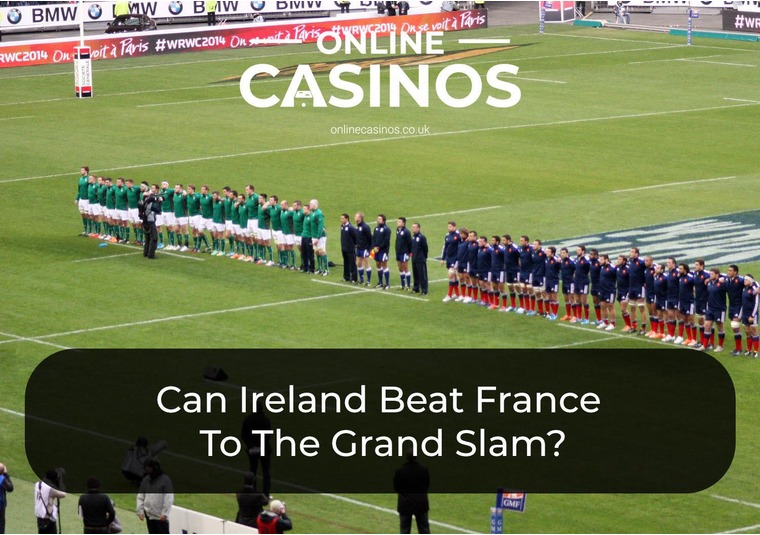 Can Ireland Beat France To The Grand Slam?

With Ireland and France neck-and-neck at the top of the Guinness Six Nations table, we look at the odds of the Irish claiming the Grand Slam.

Right now, it’s two victories each for France and Ireland.

Ireland defeated Scotland 19-12 in their opening match, then Wales 24-14 in their second.

France sit at the top of the Six Nations table, due to a superior points-scoring record – France have a points difference of plus 20 to Ireland’s 17.

What this means is that both nations have a chance of winning the Grand Slam.

Noted online casino Paddy Power currently has France as the odds-on favourite, at 9/2, with Ireland a little longer, at 5/1.

Despite being the longshot, we think that Ireland have a great shot of repeating its 2009 and 2018 Six Nation Grand Slam wins. Why? Because Ireland’s players and coach have a point to prove.

The performance of Ireland’s players in the 2019 Six Nations and Rugby World tournaments left a sour taste in the mouths of the team’s fans – the Irish were underwhelming at key moments during both competitions, particularly after being named World Rugby Team of the Year in 2018.

While current head coach Andy Farrell wasn’t in charge for either of those tournaments, he was the defence coach and will be burned by the experience – something we’re predicting will fire him up during his first tournament as head coach.

So, while Ireland may be the underdogs, we’re predicting that the class and teacher of 2020 will match the exploits of 2009s Grand Slam winners.

The two nations play each other on 14 March in what will be the final game of the 2020 Six Nations and we’re expecting both teams will still have everything to play for – death or glory.