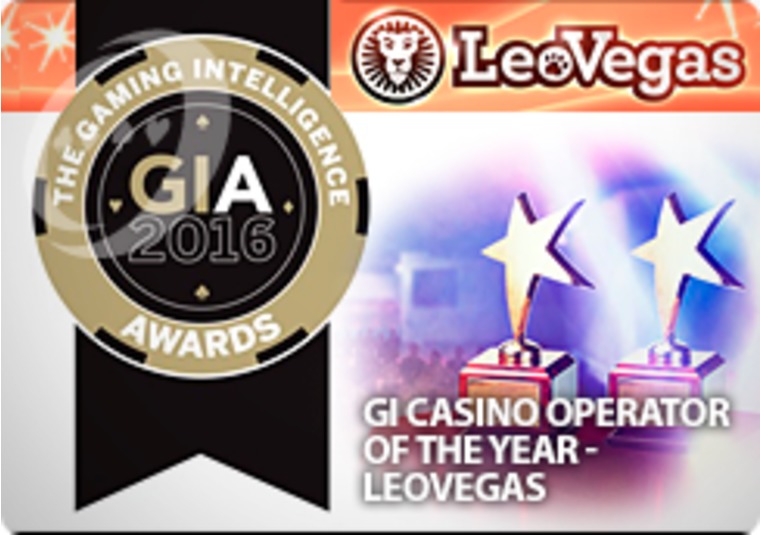 LeoVegas scoops multiple awards, including Casino Operator of the Year

It is award season in the casino industry, and the big winner is one of UK's fastest growing - LeoVegas.

LeoVegas has this month picked up one of the most respected awards in the casino industry, being named Casino Operator of the Year in the Gaming Intelligence Awards 2016. Visit the site now to find out what everyone is talking about.

LeoVegas beat stiff competition for Casino Operator of the Year, including UK's biggest online casinos. It won the award primarily because of its phenomenal growth over the past year, which has seen its revenue increase by more than 100 percent. Increasing numbers of people are joining to play their favourite games – here’s why.

In giving LeoVegas its top award, Gaming Intelligence cited its focus on mobile, and its commitment to growth through partnerships with leading suppliers in the industry, including Playtech. It described how the Playtech/LeoVegas deal left no one in any doubt that LeoVegas is now one of the big online casino operators. Try the mobile version of the site now to see what the judges were talking about.

This isn't the only award LeoVegas has won in 2016 though. It was also named Online Casino Operator of the Year in the International Gaming Awards, plus it picked up gongs at the EGR Nordics Awards. The site is available in other languages, but you can play the English version now.

In total LeoVegas now has seven 2016 awards. Going by this form, many more are expected. If you're looking for a new casino, pick the one that’s beating the competition.

The welcome bonus for new accounts is worth up to £1,500, plus you can get 250 free spins. Claim your LeoVegas welcome bonus today.

It is the online casino that everyone is talking about and signing up to. You should get your account now.