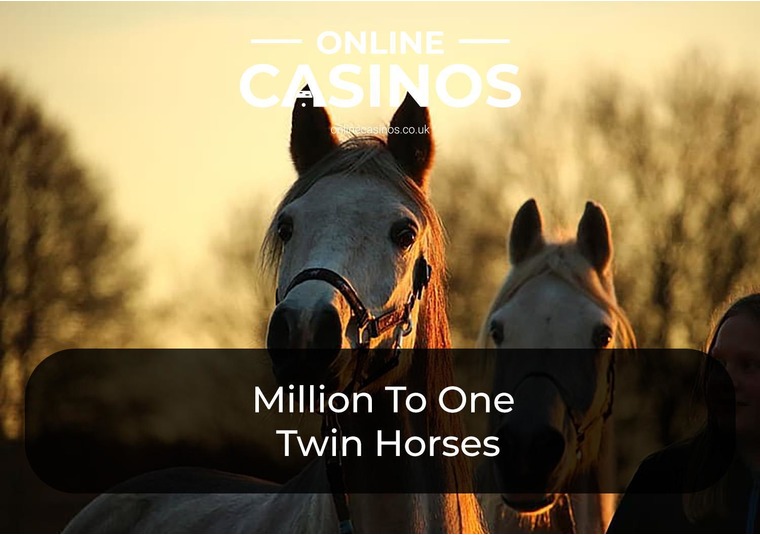 Million To One Twin Horses

A UK horse has defied the odds by giving birth to a second set of twin foals, with commentators putting the chances of the pair being born at around a million to one.

The two foals (a colt and a filly) were born to a 19-year-old mare called Destiny at Gassons Farm Stud in Exeter in February.

It’s rare for horses to have twins, as the embryos generally spontaneously abort before the pregnancy reaches six weeks.

Destiny’s owner, Tania Mackee, is delighted with the pair but they aren’t the first twins to be born to Mackee’s mare, which is what makes the odds of the two new arrivals so remarkable.

Named GFS Shockwave and GFS Masta Blasta, with GFS standing for Gassons Stud Farm, the chances of the two identical horses being born were around 10,000-1.

With Destiny having borne two twins already, the chance of her having another set was enormous – around 1,000,000-1.

Mrs Mackee had this to say about her million to one horses: “It's amazing. I've been breeding for years and years and I've never heard of something like this before. It was surreal.”

With the first set of twins in eventing and showjumping respectively, chances are it’s unlikely we’ll see the latest pair tearing down the racetracks at and giving sports betting fans the opportunity to take a punt on them.

But who knows what the future holds – they’ve already busted the odds once.