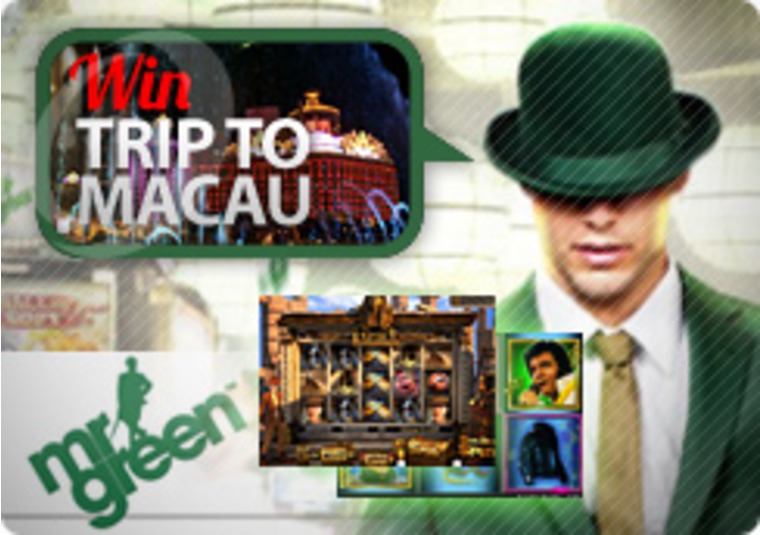 Mr Green Offers Fantastic Trip of a Lifetime in Raffle

Mr Green is presenting its customers with the amazing opportunity to win a wonderful trip in a raffle.

How does the chance to win an incredible trip to Macau sound to you? If this sounds like an attractive concept to you, then take a look at what Mr Green is offering his real money players right now! This is a simple promotion and who knows you may just be the lucky one to gain the opportunity to escape the grey dreary British skies for a short while and jet off for a week!

Mr Green is putting up for grabs an almost unbelievable holiday for two to Macau as a raffle prize! If you want to learn how to get your hands on those raffle tickets then read on! Every deposit of at least £10 that is made at the site during the promotional dates will produce a raffle ticket for the prize draw. Get ready to roll as you may earn as many tickets as you like for the draw, as there is no restriction! This promotion is only just underway and is rolling until the 18th November, with the prize draw itself due to be held on the 19th November 2012.

Mr Green is an appealing online gaming site that has been entertaining customers via the Internet since its launch in Sweden in 2008. This site presents an exciting collection of games and regularly adds new pursuits to its selection. Mr Green does like to pamper his players and it is worth keeping an eye on what is going on at this online casino as promos and special offers seem to be popping up all the time!

Make your way to Mr Green and maybe you will get lucky and win an amazing prize in a raffle!