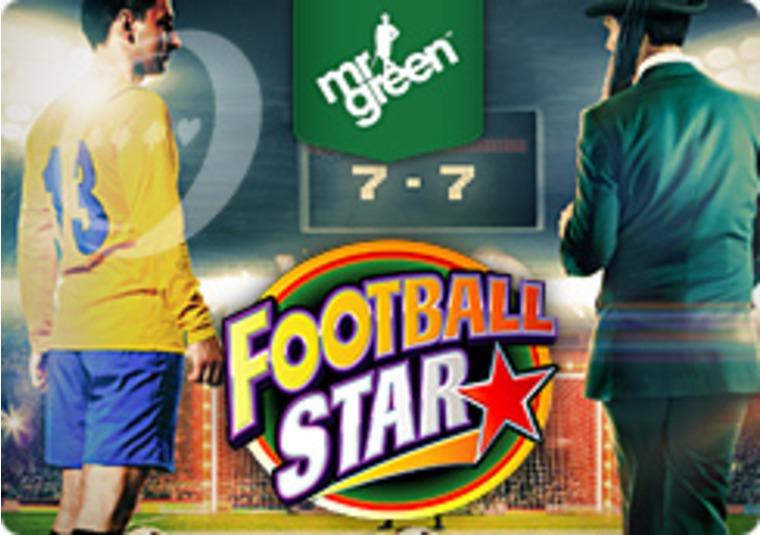 Two World Cup Final tickets are up for grabs for one lucky Mr Green player and a friend in a special promotion that is running at the site.

How does the idea of winning a trip to Brazil to go to the World Cup Final sound to you? If this appears to be a stunning notion, then take a look to see what is happening at the Mr Green site! This attractive online casino is offering its real money customers the chance to win a pair of tickets to the World Cup Final in Brazil this July!

The World Cup games are almost upon us, and as a Mr Green player, you may take advantage of the opportunity to try your luck at winning two tickets for the Final on 13th July in Rio de Janeiro!  If you wish to participate in the promo, you should place your bets at the fun slot game Football Star! Wagering during the promotional period may lead to prize draw tickets! For every £20 that you place on this featured slot, you will receive a World Cup Star Ticket. The lucky winner of the World Cup Tickets in this competition will be determined in a prize draw on 12th June. You have from 8th May until 8th June to gain your prize draw tickets at Mr Green.

This amazing prize includes tickets for two people to the World Cup Final in Brazil on 13th July, return economy flights from London Heathrow, hotel accommodation in Rio and airport transfers to and from the hotel.  Please note that the travel dates for the prize trip are from 10th July until 17th July 2014.

Start spinning at Football Star at Mr Green and you may have the chance to win 2 tickets to the World Cup Final in Brazil!