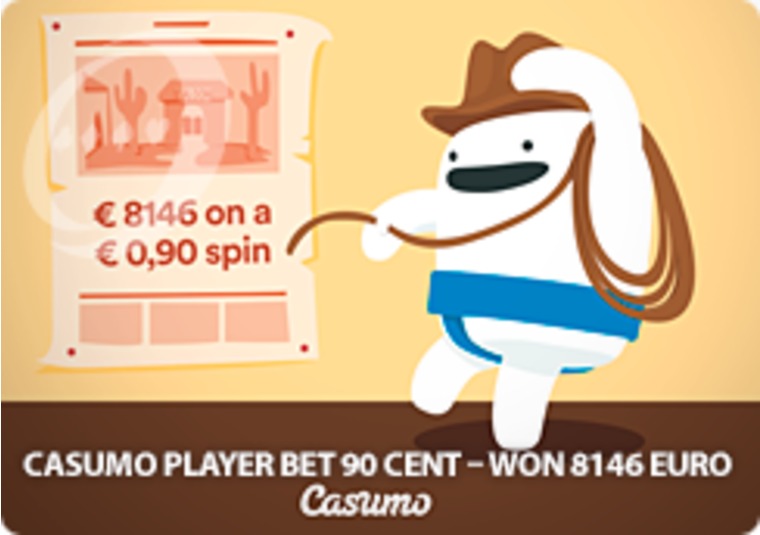 Player bets 90 cents on a Casumo slot, wins over £8k

This record breaking win shows just what is possible when your luck is in - you can turn pennies into thousands.

You can't get a lot for 90p nowadays, but one lucky Casumo player managed to turn a similar stake into an £8k win. It goes to show that it doesn't matter how much you bet - you can win and win big if you're playing the right game at the right time. Try your luck now at Casumo.

The player who won this bet was from Norway, and he staked 90 cents while playing the Dead or Alive Slot. Once the spin was fully complete he was 8,146 Euros richer. You can play Dead or Alive right now on Casumo.

The player told Casumo that even when the first four wilds appeared, he thought it was just another game. The wilds kept coming though. By the end he was jumping up and down in front of his computer. Everyone probably would - start playing now to see if it could be you.

The lucky player says he is going to use the money to pay off a car loan. He also plans to use some of it to play more games at Casumo. What would you spend a big win on?

His win was record breaking - because he turned 90 cents into 8,146 Euros, it is the biggest ratio to winnings bet ever at Casumo. You can try to beat it by playing and winning today.

You’ll need an account, though. Register today to get a generous welcome bonus. It is worth up to £1,200 and includes 200 free spins. Your account will give you access to the Dead or Alive slot and all the other great games.

Start playing at Casumo today to see how much you can win, whatever stake you chose.