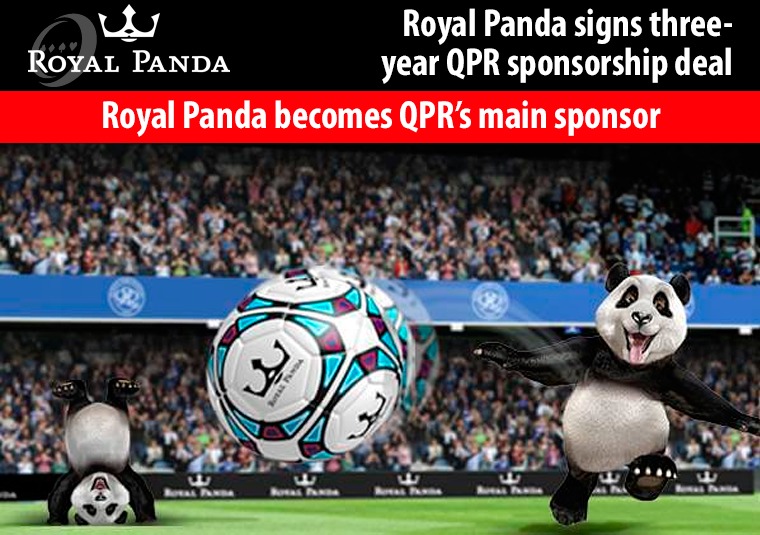 Royal Panda has just signed a new three-year deal to be the main sponsor of the English Championship football club QPR.

Royal Panda has gained a large number of registered players over recent years but has plans to grow even further. The latest development in those plans has just been announced – a three-year sponsorship of football club QPR.

QPR plays in the English Championship and Royal Panda will be their new main sponsor. The casino says the sponsorship deal will help them reach a worldwide audience and expose the brand to large numbers of sports fans. Find out more on their website today.

Members of the Royal Panda casino will also benefit from brand new promotions over the coming months, particularly as the new 2017/18 football season gets underway.

This sponsorship is only part of the casino's plans. It’s also set to launch a brand new sports betting platform. This means you’ll soon be able to place a bet on everything from horse racing to tennis to football, as well as playing your favourite Royal Panda casino games.

The plans by Royal Panda are ambitious, but they show how much the casino has grown as well as where they want to be in the future. At the very least, the QPR sponsorship deal will mean a lot more people will learn about the great casino games that it offers.

The new announcements along with the casino’s future plans make it a great time to register a new Royal Panda account. With your account, you can keep up with the latest developments, get access to all the best promotions, and play the fantastic range of games. What's more, if you register today, you’ll get a welcome bonus that is worth up to £100.

Look out for the Royal Panda logo whenever the football season starts while you are playing your favourite games!