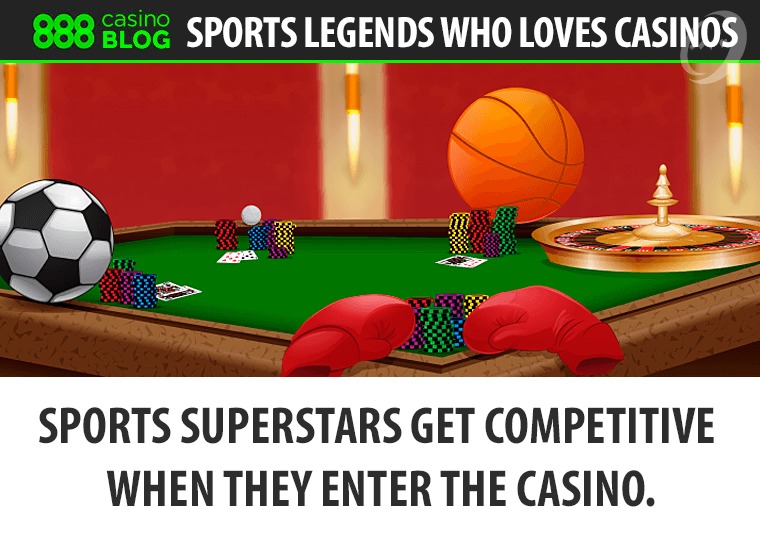 Sports superstars get competitive when they enter the casino

There are some sports stars who are as famous for gambling as they are for their careers. Here are some of sport’s biggest gamblers.

The former boxer Floyd Mayweather is a good example. He won huge sums of money in his 49-win and no-loss main career and then won another huge payday when he came out of retirement to defeat the MMA fighter Conor McGregor. In Las Vegas, however, Mayweather is known for his gambling as much as he is for boxing.

He bets big, including on himself when he boxes. Those days are probably now over, but there are reports that he won big by betting on himself in the win against McGregor. To be more specific, he won big by a normal person’s standards, although he is thought to have been annoyed that he wasn’t allowed to wager more.

Mayweather is also a high roller at casinos and is active in the casino world. He hosted a blackjack tournament in 2016 in the Bahamas with a $300,000 prize pool for example. Plus, he plays himself — bets of six figure sums per hand are not uncommon.

Wayne Rooney is another high-profile sports star known to enjoy gambling and playing for big stakes at casinos. Most of the stories that appear in the newspaper report his not so pleasant experiences, including an incident in the early part of 2017, where he was said to have lost as much as half a million pounds playing roulette and blackjack. It’s good to see he’s the same as the rest as us in some respects — when the right cards don’t turn or the balls don’t fall, there’s nothing you can do.

Stories abound of Mario Balotelli’s love of gambling, particularly when he played for Manchester City. The UK’s newspapers take less of an interest in him now that he plays his club football in France, but Balotelli is known to play for big wins.

The former basketball superstar has talked about his visits to casinos, including occasions where he lost big. Some of those occasions took place on nights before a big game. It would be interesting to see if winning or losing at the casino made him play better.

John Daly is legendary in the world of golf, but he also has a formidable reputation as being a gambler. In fact, he has admitted to losing over $50 million while gambling over a period of just 12 years.

Charles Barkley is another basketball star who likes to play for high stakes at the casino. Like many others, luck hasn’t always been on his side. In fact, one major Las Vegas casino sued him to recover a gambling debt he owed, and Barkley himself has admitted to losing millions.

These examples of big betting sports stars show the personality many of them have. They want to win, of course, but most of us have this desire. With sports stars, however, they believe they can and will win, which can lead them to betting bigger and bigger stakes. The payoff can be a big win, but as with all casino gambling, things don’t always go your way, so big losses are a possibility too.