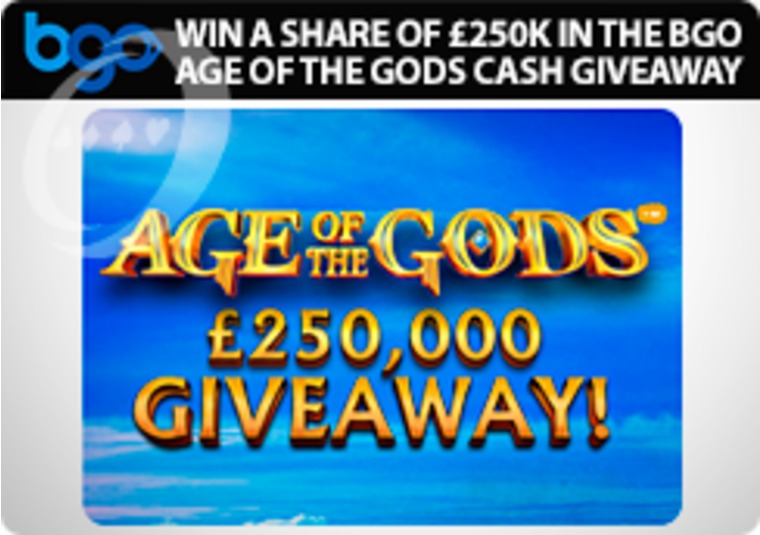 Play one of the new Age Of the Gods games to collect your tickets to the three prize draws.

To celebrate the launch of the exciting new Age of the Gods game series, bgo is giving away £250,000 in cash. There are loads of individual prizes to win, so start playing to collect your tickets.

The three new games in the series are called Age of the Gods, Age of the Gods Furious 4, and Age of the Gods King of Olympus. For every £10 you play on any of these games between now and 10 July you’ll get a ticket for the prize draws. Start playing at bgo now.

For even more chances of winning there is a way to collect two tickets for each £10 you bet. To get two tickets instead of one play Age of the Gods in the second week of the promotion, and Age of the Gods King of Olympus in the third. Start playing them both at bgo now.

You need a full bgo account to take part, though. If you don't have one you should register today to get a welcome bonus worth up to £100.

You can then start collecting your bgo Age of the Gods prize draw tickets. Good luck!